How political is a church allowed to be before it loses its tax exempt status?

There have been a couple streams of discussion where this has come up, and so I thought I
would see what I could find out. However, I would not consider my research definitive. What I
did discover is that as far as People’s Church is concerned, we do not have much to be
concerned about.

The question arises from the 1954 Johnson Amendment. The accepted big red line in this
legislation, as it concerns our church, is that I, as the minister, cannot stand at the pulpit around
the time of an election and tell you to vote for a specific candidate. Outside of that, and actually
even in that instance when something can be said without saying something specific, it comes
down to interpretation, timing, and context.
This is one of those areas my research may be off, but I cannot find an example of a church’s
tax exempt status being challenged since the Bush administration in 2008. And when a
challenge was made, it was fraught. No matter the political stripe, subpoenaing a minister’s
sermons makes everyone cringe.
Currently, the movement is to actually allow churches more involvement in politics, not less.
There is even talk of repealing the Johnson Amendment because its use immediately brings
perceptions and charges of selective prosecution. One (conservative) ministers’ group actually
encourages its members to cross the line in order to draw attention to their churches and
challenge the law. Up to this point, no action has been taken against any of them. I share this
not to say that doing this is right or wrong, only to illustrate that, at this time, there does not
seem to be much interest in pursuing church tax exempt cases, at least as far as I can find.
Whether churches should receive tax exempt status is an interesting debate in itself.

I do not bring this up to say that People’s Church needs to become more political, or take
political stands. I bring this up, first of all to reassure that we’re doing things well within any
limits, and secondly, to reassure everyone that I, and the board, and our members, will make
sure that the church’s actions stay clear of any lines of demarcation that the IRS provides.
For those interested, the IRS provides questions and answers, and gives (confusing and
complicated) examples of what is allowed and not allowed. The Freedom From Religion
website, an organization that promotes the separation of church and state, and is in sympathy
with many of our members’ views, also provides guidance and gives recommendations.
Things like voter registration drives, voter education, hosting candidates, and ballot initiative
activities (same sex marriage, reproductive rights, environmental impact laws) are all allowed.
To me, it seems it is promoting candidates during elections that is not allowed, and even then
they can still come and speak at a church. As for issues and initiatives, the more an issue is
tied to a candidate, the more complicated issue advocacy becomes. It was no coincidence that
so many state initiatives to prohibit same sex marriage were on the ballot in 2004, the same
year George W. Bush was running for reelection.

A church is a church largely to provide moral guidance to its members and society. A positive
example is how deeply enmeshed the Civil Rights Movement was with black and progressive
churches. As an aside, I also mention that the new African American Democratic senator from
Georgia, Rev. Raphael Warnock, is a Baptist minister who campaigned with the title “Reverend”.

In short, as a rule of thumb, churches have a lot of room to work when it comes to issues. When
it comes to a candidates during “election season,” matters become more complicated. 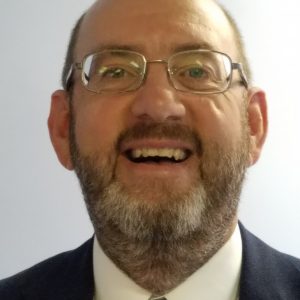 Dr. Louis Yock, is the minister of People's Church Unitarian Universalists and in this role, is responsible for delivering a portion of Sunday services, pastoral care, conferring with all committees and providing spiritual leadership for the congregation.