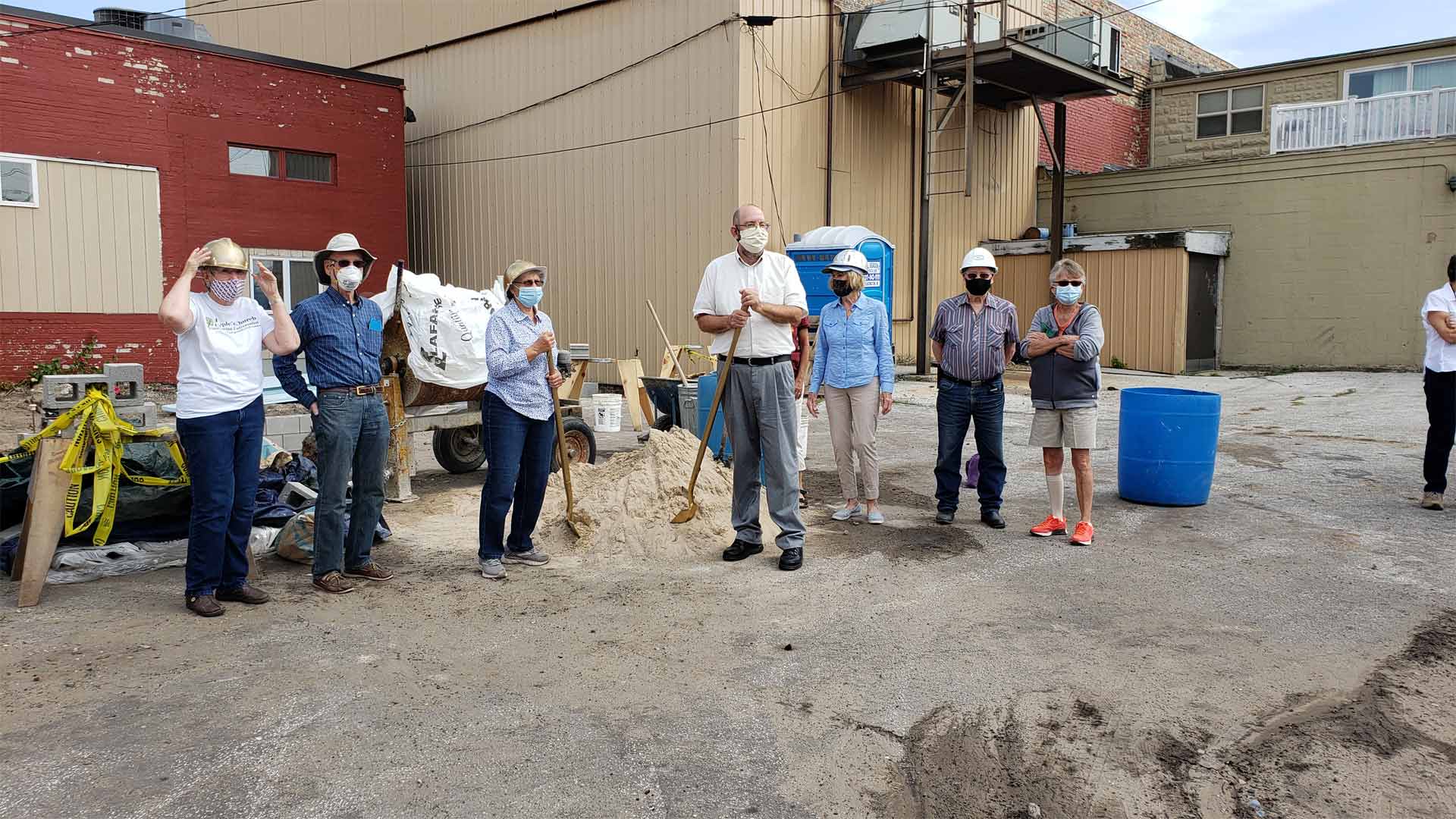 People’s Church in downtown Ludington is expanding with an addition to its current building on Loomis Street. Members of the congregation held a groundbreaking ceremony on Tuesday to celebrate the new construction.

The Dr. Louis Yock, minister, previously said the congregation loved the location, and though it looked into moving elsewhere, decided it wanted to stay in the building.

“We’ve become attached to it,” said Jane Carpenter, head of the finance committee for the project. “We’re fond of the downtown.”

The church is part of the Unitarian Universalist Association, which focuses on connecting with the surrounding community, according to Carpenter.

“Philosophically… we want to be rooted in the community,” she said. “We want to be in the mix.”

The 1,072-square-foot addition to the back of the building will expand the current social area, kitchen and include a nursery room.

“With everyone sitting in their seats (in the sanctuary) we have enough room but after the service when they come out and want to sit around the tables, have coffee, have a potluck, we can’t do it,” Carpenter said. “We are a social group, and we like to eat.”

It will also feature a handicapped-accessible entrance with a ramp and double doors. Accessibility was another major reason the church decided not to move, she said.

“There is a place to park… so it’ll be an easier entrance for people,” said Claudia Myers, head of the building construction committee.

The kitchen will have two dishwashers. Since the church became a “Green Sanctuary Congregation” through the church association, it stopped using paper and plastic dishes.

The addition was long time coming, according to Carpenter.

“We’ve talked about it almost since the day we moved in,” she said.

And discussed it on and off ever since.

The church moved into the building in 1997. The front of the building was built in 1947, while the back is older, according to a press release.

The deteriorating brick and the need for more room spurred the construction.

The church, which is run democratically, formed two committees to look into the financial feasibility and the building requirements in June 2019.

In January, the congregation heard reports from the committees and decided to move forward with the project.

The coronavirus pandemic started about the same time they requested bids and begin fundraising.

Two local companies, Nordlund & Associates and Thalman Construction, were hired for the project.

As of the groundbreaking, the project was fully funded for less that $200,000. People mailed in the money because the church is not currently meeting in person for its services.

“We made sure we had the backing of the congregation so people would pledge to support the project,” Sue Scarfino, board member.

The construction is expected to be completed in the spring of 2021.

“It’s very exciting time for the church and I’m looking forward to seeing this completed… and moving in,” said Lynne Martin, a member of the building committee.